Skip to content
As most of you know, I took a sabbatical for most of the first half of this year.  Traditionally sabbaticals are time off from your regular work for the purpose of writing a book or working on finishing a certain project.  My time off was about working on a project known as ME.  Basically, I wanted to make a decision as to what I would do with the rest of my life.

Fortunately, I shared this idea with close friends and family which made me more likely to actually carry it off.  I set a strict rule not letting anything labeled “work” come into my world for the time allotted. I made a decision to spend the time “becoming” rather than “doing” anything.

Well, the first month went really badly as I literally didn’t know what to do with myself.  My work has always been my life so what was I to do with myself without it? I was constantly having to shift from what do I work on today to what will I be today?

The one easy choice of something I could do that would be fun was being with my grandchildren more.  Even with them, it was still hard not to let work enter into the picture.

One day into the second half of the sabbatical, Poppy, who is one of my five-year-old granddaughters, was riding her bike in front of our house.  I was sitting in my yard kinda watching her in our cul de sac, wishing the fiction book I was reading was something more exciting like a book about the latest in neuroscience.  Now, Poppy loves her bike and for her to pull up directly in front of me, park her bike and start a conversation with me told me this little heart of hers was carrying around something important that needed to be discussed.  I treated it like the big deal it was.

Poppy told me she had some things on her mind she wanted to discuss with me.  I put down my “fiction” book and came to full attention, flattered she had chosen me.

This is how the conversation went:

“Ok so Gramma, I know the doctor cuts open Aunt Nicole’s stomach and puts a baby into it, but where does the baby come from?” (Several women of her family had become pregnant lately so this is what was on her mind).

After a long pause of careful consideration of this topic, I suggested that she talk to one of her parents about it.  She gave me a look and told me nobody will tell her.

However, after a short pause of frustration, she easily flows into her second agenda item of discussion.

“Ok. Now Gramma, did you know that sometimes I don’t do what my mama wants me to do?”

I had heard something of the sort from Mom but I was just glad that I had a question I could indeed help her solve.  Parenting! What a relief as this question was on safer grounds for me to handle….So like a good coach, I just asked a short to the point obvious question:

She says she doesn’t know why she does it.  So, I continue with:

“Can you give me an example of a time when you didn’t do what your mama wanted you to do?”

Poppy told me: “Well, my mama wanted me to go to bed last night and I didn’t want to, so I ran out of the room back into the TV room.”

I asked her to continue:   “Then what happened?”

“Well, she got mad at me and said I wasn’t following her rules very well.”

As a coach, I knew I needed to go to feelings so I said:

“How did that make you feel, Poppy?”

She looked up at me with shame spilling out of those big brown eyes and said:  “Gramma, I was mad, very mad at her so I told her I hated her.”

Well, I knew not to go Freudian into any deep analysis at this point as I know her mama and there is not much there to hate.  So I decided to give her a technique, a tool,  ..ok ok…I gave her an outright suggestion… that might help her.

“Poppy, remember that book we read last week, where it told you to start talking to your brain and take charge of it and tell that brain of yours what you want it to do?”

Wrong direction to offer advice as I found out quite quickly:

Yes, I tried that already Gramma. That kind of stuff doesn’t work for me.

Pow!  My last 40 years of work wiped out in a single swoop by a five-year-old.

This brought up an old memory of a similar time when I was in graduate school.  I was on fire with passion about some earth-shattering new theory in quantum physics or neuroscience.  But just like Poppy, a friend of mine at the time gently puts her hand on my arm, pats me and says:  But, Jayne, do you think this stuff really works?

Poppy and my friend are right in one way; i.e., this work is not easy, and it is sometimes easier to be a victim of our circumstances than try and change ourselves. But as my sabbatical “drug” on, I still held the belief that this stuff does indeed work.  I know beyond a shadow of a doubt that we CAN and we MUST change our brains to continue to expand ourselves and become better people. We can be in charge of our brains!

As my sabbatical came to a close, I became even more sure that:  This stuff really does work. Even more importantly, “my” stuff really does change a person’s brain and teach them how to take charge of their lives and live the life they have always dreamed of living.

And so, I AM BACK!  And after the long rest and being away from it all, I arrive back with more clarity and a deeper than ever passion as to what I must do with the rest of my life.

I must push on even push past the nay-sayers who could tire me out so quickly.  I know my path and it is clearly to get my Divine Intelligence Process out to 6.7M people in my lifetime.

Success Stories of how This Stuff Really Does Work!

As a result of my renewed energy and vitality to work my purpose, I thought I  would send you some stories of success from some real life clients who have indeed taken charge of their brains and changed their own lives. While I was doing no work at all, a writer was working for me interviewing some of my clients that had taken the process over the years.  In the next few newsletters I will share some of their stories with you.  I want to thank them for being so brave as to tell their stories as I know they will impact you and change your life in some way…..maybe even change your brain!

I want to start with a young veteran named Tony.  Tony volunteered to have my writer interview him and his experience with my process.  Here is his story:

Tony I.
Military veteran learns to shift his perspective and foster his new life purpose 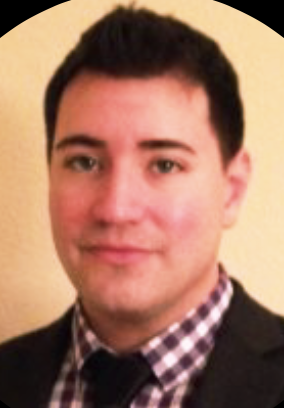 On July 4, 2017, Tony could walk. On July 5, 2017, he couldn’t walk anymore. For the next year, Tony remained paralyzed. He visited several doctors, but his condition was inexplicable. As it became clear that Tony was a medical mystery, he fell into a deep depression. Even though physicians were uncertain about his diagnosis, Tony was flippantly prescribed cancer and AIDS medication. Unwilling to medicate for an unknown condition, Tony gave up on modern medicine. He succumbed to feelings of despair, impacting every aspect of his life, and especially his marriage. Tony saw his marriage as a team, and his incapacity to play on the team really dragged him down.

Standing at 6’4’’, this military veteran walked through life with a tough guy exterior. However, Tony’s desperate search for a solution led him to seek spiritual healing practices. Before he knew it, this alternative approach started to work. Slowly but surely, Tony rehabilitated, and his ability to walk again was partially restored. As he built relationships with the people who were healing him, Tony heard over and over again that he would be an excellent life coach. He immediately dismissed the idea, rationalizing that if he didn’t have his life figured out, there was no way he could help anyone else. Also, while he strongly believed in leadership and giving back, he held the attitude that he had done his time in the military, and he was ready to finally enjoy his civilian life.

While he didn’t consider himself to fit the typical profile of a spiritual life coach, Tony continued to receive feedback that he had a gift to share with the world. He became convinced over time and finally reached out to Dr. Jayne and the Divine Intelligence Institute. After emailing back and forth, he committed himself to begin a spiritual life coach training program, which started with the Process. For the next few months, Tony realized the only thing that had kept him from walking was not accepting this calling. By working with Dr. Jayne, Tony began to take the next steps required to become a coach, and simultaneously his rehabilitation continued to improve as well.

As a result of the Process, Tony’s outlook on life completely changed. Due to his time in the military, Tony became conditioned to think in black and white. As a result, he developed a strong stance for one side over another. As he dug up and let go of old emotions, he discovered he needed to take ownership of making himself a priority. Throughout the three-month Process, he learned how to be more balanced and centered by keeping his perspective neutral. By doing so, he is now positioned to be more creative and redefine his own terms. Additionally, he is no longer as hard on himself as he was before. Instead of degrading himself and believing in false limitations, he has more clarity and patience to pursue his goals.

The Process also helped Tony define his next chapter after selflessly serving his country. He felt lost after leaving an organization where he was always given direction. Subconsciously, he wanted to replace this with his own sense of purpose and fulfillment. By revealing his innermost desires and making peace with painful elements of his past, Tony found a new direction going forward.

When people don’t believe in Tony’s spiritual life coaching abilities, he doesn’t blame them. As a cussing, formerly beer-drinking, American man who fought for his country, the apprehension is all too familiar. When he’s shared his newfound abilities with his military buddies, they tell it to him straight: they love him like a brother, but they don’t believe him. It isn’t until he gives them a sample that they believe. Tony doesn’t think he’s special because the gift is not his, the gift is for others to receive.

Even though he knows his life got turned upside down in the worst way for a reason, it is still difficult to accept from time to time. When people encounter hardships, it’s easy to feel sorry for themselves. However, Tony believes we’re all meant to be better than the hardship we’re facing, so the race is meant to mold us. Tony never envisioned this path, and it hasn’t been easy. However, his goal is to embrace his new purpose, laugh and smile about it, and it’s because of this Process that he’s stepping into his new way of life with purpose and joy.

Do You Know Your Divine IQ?